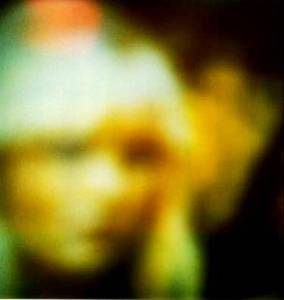 Nsitden, one of The Seven, is shown here in two (I think) of his embodiments: his subtle human form (left) and his more ethereal or angelic form (right).

This website is built around a collection of (what I believe to be) basic truths—clear, unfiltered messages that were received directly from seven ethereal beings through modern communication devices in the 1990s at an ITC (instrumental transcommunication) receiving station in Luxembourg. The ethereal beings told us they had been quietly observing and supporting humanity across the eons… and they seemed to be intimately familiar with our world and its most ancient history.

I was working closely at the time with a married couple in Luxembourg, Maggy Fischbach and Jules Harsch,  who operated what was perhaps the most impressive and significant, other-worldly communication portal in history. Together we established INIT (the International Network for Instrumental Transcommunication) in 1995.

From the late 1980s, but especially after the formation of INIT, the Harsch-Fischbach couple received communications on a regular basis from The Seven ethereal beings and from a large spirit-world organization calling itself the Timestream spirit group. The communications came in the form of phone calls, radio dialogs, TV videos of spirit world people and places, texts and images planted directly into their computers, and even FAXes. Several INIT members, including me, received phone calls from our friends at Timestream.

The Timestream spirits who contacted us had all spent lifetimes on Earth and were now settled into what they called the Third Level of the afterlife.

The Seven ethereal beings, on the other hand, said they had been close to our world across the eons. A few of them had experienced life in physical bodies; others had not. The Seven established and protected the ITC bridge between Timestream and our INIT group here on Earth, and they had a lot more knowledge and power at their disposal than our spirit friends at Timestream had. From our perspective, The Seven seemed like miracle workers or gods. One of our Timestream spirit friends compared The Seven to a bank of living supercomputers who shared oceans of information instantly.

Most of the communications from The Seven themselves can be found on this website in the Human Story Timeline, the ITC Gems, and the Humanity as Seen Through Ethereal Eyes articles. They were also published in the original Contact! journals from the 1990s, issue 9602 in particular.

This page of the website boils down those ethereal communications to a list of main ideas, which I’ve come to accept as basic truths.

These basic truths listed above are extracted literally from a series of ITC contacts that were received from The Seven ethereal beings… almost like clear, unfiltered messages straight from God’s lips to our ears. The basic truths, then, are supported throughout this website with a lot of information provided by science, religion, metaphysics, myth, frontier science, and physical evidence such as ancient carvings and megaliths… as well my own interpretations of all of this information.

Some of the information on this site may be at odds with science, religion, and other schools of thought. I’m willing to change my interpretations accordingly, if necessary… but the basic truths are set in stone, so to speak… not subject to negotiation.

The ideas might be a bit radical by today’s standards, but humanity will (I believe) recognize their truth someday (soon, I hope).

I might add more of these basic truths to the list in the coming months as I reflect on the ITC contacts we received from The Seven ethereals, but I think the list above is a good start.  MM