I finished posting the third and final installment of the news roundup for the first half of this year. These are the three installments:

As you can deduce (by the fact that it’s in three big pieces and two or three weeks late in its completion), this news roundup idea is getting to be, well, a big effort… so I’m debating with myself about whether to continue composing them two or three times a year.

So far these articles have a very small readership, tipping me in one direction (to abandon them).

On the other hand, it feels important to try to capture world affairs in a snapshot now and then… what’s happening on the planet in relation to what I’ve learned about 1) the afterlife, 2) our ancient human heritage via Eden and Atlantis, and 3) our noble-savage nature as human beings.

Feels like it’s all part of my soul purpose for this lifetime.

So… I’ll probably continue doing these news roundups, at least for the next year or two.

While I’m in the throes of writing these summaries for my NobleSavageWorld site, the activity on this MacyAfterlife site might go dormant for a few weeks… and your patience is much appreciated.  🙂

Anyway, here are a few highlights from the last two installments of the current roundup:

Broken Economy. The big banks are getting more corrupt. Before the 2008 financial meltdown they were behaving like reckless teens… driving wildly… chasing more fun, more excitement, more-more-more… (that’s the nature of derivatives…) and ultimately crashing the car. Most governments in America and Europe reacted like rich, worried parents. They assured the media and the public that their delinquent financial institutions meant well but suffered a lapse in judgement. Banks will be banks. Well, the wild behavior has just gotten worse among the big banks, and a bigger meltdown is probably coming soon. One country seems to be on the right track with its big banks, and that’s Iceland.

Broken climate. After dinosaurs and their lush surroundings started dying and decaying 65 million years ago, all of that rich, organic dead stuff simmered and stewed, slowly forming vast underground deposits of energy-laden coal and oil. Now, over the past century we’ve extracted and burned most of those ancient fossil fuels… essentially taking millions of years of built-up energy and burning it in the course of a hundred years… so is it any wonder that global warming today has completely broken the climate? 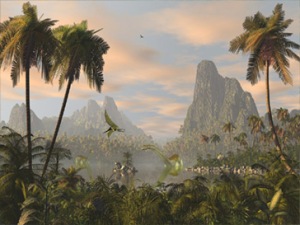 Lots of innovative solutions are underway to heal the climate, but they may be too little too late.  (Read more…) 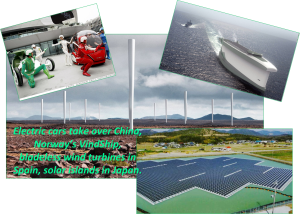 World in conflict. Genocide in Africa, beheadings in the Mideast, terrorist attacks on European cartoonists and journalists, Russia on the brink of war in the Ukraine, police brutality against Americans (especially minorities), the insane growth of US military expenditures. Cheese and crackers, what’s behind all of this fear and hatred?!

Well, the two biggest causes of the international unrest today seem to be overpopulation (in and around Africa) and the American State Department and CIA (throughout the rest of the world, especially the Mideast, Ukraine, and within the United States).

Sounds like a pretty heady accusation against the CIA… but there’s some very good, supportive evidence that’s been surfacing in news stories this year.  (Read more…)