Answer 8: Why Eden Has Three Suns

(Note: This is the eighth of the unanswered questions about ITC, the afterlife, and our ancient heritage that invite answers, or best guesses, in this series of articles.)

Question 8: If Eden was a physical planet in our solar system, which has one sun, why does the spirit world Eden have three suns?

Best guess: One sun is our own material-world sun, at the center of our solar system; as it manifests or shows itself on the third level (astral realm), while the other two suns of Eden are higher beings.

Our spirit friends at Timestream made it clear to our INIT group that their world, Eden or Marduk, has three suns. They even sent pictures. 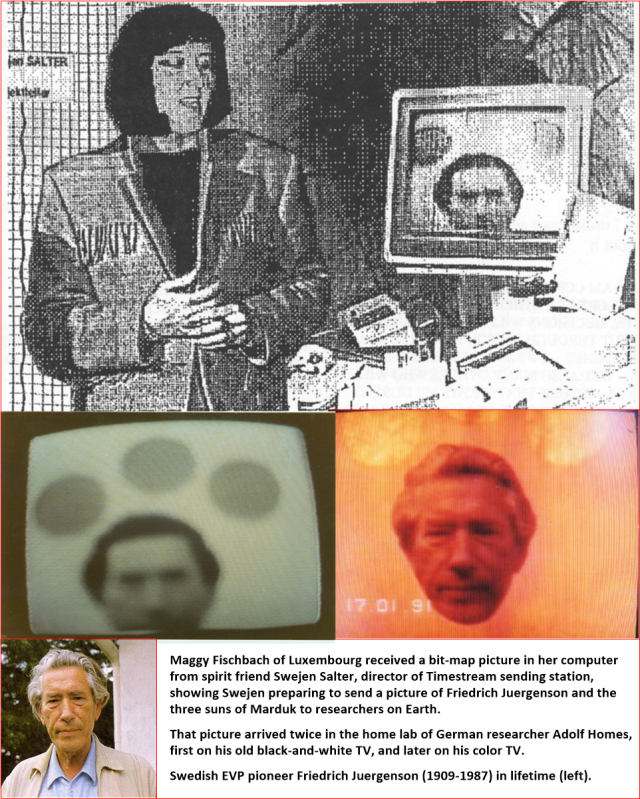 It puzzled me: Why three suns? I even wondered for a while if the late physical planet Eden or Marduk really existed in our solar system at all. Maybe it was part of triple-star system?

In the back of my mind, though, I recalled the higher being Technician telling my Luxembourg colleague Maggy Fischbach that the suns were actually higher beings.

That also puzzled me at first. Higher beings acting as suns? Really? Didn’t sound like a great job description…

Over the years I’ve come to suspect that those higher beings cast down brilliant streams of conscious light that sustain and protect Eden and many other astral worlds associated with our sun, and without them there would be no “intelligent life” in the physical universe. (So I learned to be less judgmental of things I don’t understand.)

In recent weeks I’ve been digging back into the early archives of Maggy’s contacts for answers… because it is through Maggy’s transcommunication bridge that, I believe, humanity has been given reliable, unprecedented truths about ITC, the afterlife, and our ancient human heritage. A doorway was opened to her, and later to our INIT group, by The Seven ethereal beings, and while that door was open, brilliant light streamed into our world in the form of voices, images, and text… pure, unfiltered, world-changing information from the other side. Then the doorway apparently closed around the year 2000, when INIT broke up.  (Whether Maggy’s ITC bridge has reopened in recent years?… I can only hope.)

One thing I found, at the end of Chapter 28 of the groundbreaking book by Hildegard Schaefer, Bridge Between the Earth and Beyond, was a table of comparisons between physical Earth and astral Eden. The table was developed by Maggy Fischbach and her husband Jules Harsch early in their research, in 1987. 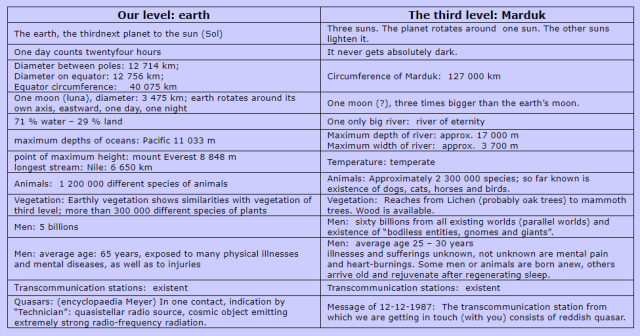 The first item in the list explains that Eden revolves around one sun, while the other two add light. Those other two suns are the formless ethereal beings who apparently sustain life in the vast astral neighborhood associated with our sun.

Other questions yet to be answered on the subject of suns:

Again, trying to explain or to judge the vast, timeless reality of spirit through our fleeting carnal consciousness can lead to doubts and misconceptions… but with time and luck I think we’re slowly piecing things together.