The Human Story 15: Hands That Caress and Strangle the World

Our hands create magnificent works of art and destroy them. They break things during fits of rage and then fix them when things have cooled down. They’re an agile extension of our noble-savage nature.

When guided by our finer spirit, or noble side, our hands can make the world a better place through creativity, trust, and good will.

But when guided by our hormones and egos, we manipulate the world in savage ways… driven by fear, greed, and animosity.

Does the Freedom of One Guy’s Fist End at the Other Guy’s Nose?

The debate has raged among leaders, businessmen and citizens since Babylon: Does society need more freedom, or more regulation? Many of us have our political opinions on the subject, but there’s never been any clear consensus.

Why the endless debate, anyway? Why can we never decide which is more important: individuals’ right to be free or societies’ right to be stable?

Fact is, we need both. Our noble side needs freedom to explore the outer bounds of human creativity… to spread beauty and order in the world…

(If modern architecture were the only indicator, it would seem that humans today really are worthy of our mission—creating paradise on Earth.)

… while our savage side needs restraints… to limit the chaos it can cause.

(Sadly, unlike the ancient pyramids, our noblest creations are fleeting. We soon destroy what we’ve created, sometimes by ignoring restrictions and abusing our freedoms… suggesting paradise is still out of reach for us humans.)

So the noble-savage debate rages on, as our fate hangs in the balance.

Again, since Babylon, we humans have never come up with a viable system of economics. We either overpopulate or overconsume beyond the limits of the environment.

(As seen in Brazil, there’s a stark contrast between rich and poor of this world.)

Late in the Second Epoch, world affairs are unraveling. As in Atlantis long ago, at the end of the First Epoch, our technologies are getting out of control… 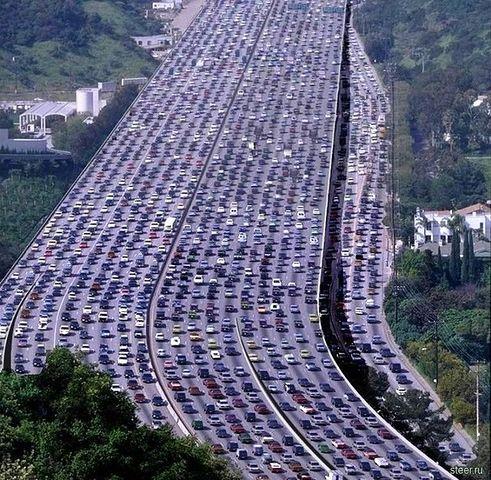 … and the environment is quickly destabilizing.

Can we turn things around, or is the time running out? There’s a lot working against us, but there’s also reason for hope… as we’ll explore in the next article.

Other posts in the “Human Story” series:
Introduction: Pursuing Life’s Purpose Amid the Drama
1 – From the Source of All-That-Is
2 – Physical Life and Spiritual Life
3 – An Ancient Timeline
4 – The Edenites and Their Descendants
5 – The Seven Ethereals
6 – The Afterlife Eden
7 – The Afterlife of Jules Verne
8 – The Afterlife of Arthur Moos
9 – The Afterlife of Sir Richard F Burton
10 – The Afterlife of Anne de Guigné
11 – Afterlife Wrap-Up
12 – Atlantis and the First Epoch
13 – Thoth the Atlantean
14 – Modern Civilization Sprouted from Ancient Pyramids
16 – End of Story, End of Times

Main interests are other-worldly matters (www.macyafterlife.com) and worldly matters (www.noblesavageworld.com)
View all posts by Mark Macy →
This entry was posted in Our ancient heritage, Our paradise destiny, Politics and Economics, Science and Technology, Society and ethics, Worldly matters. Bookmark the permalink.

2 Responses to The Human Story 15: Hands That Caress and Strangle the World