Are You an Extrovert or an Introvert?… Me? Well….

Do you feel more comfortable on the left side or the right side of this table (adapted from thesaurus.com)?

Or, better yet, you can take a simple test to determine how outgoing or introspective you are. Just answer 20 true-false questions, tally the results, and voila!… you know where you fit in this world of extroverts and introverts.

The test, and a book on which it’s based, were written by a remarkable young woman named Susan Cain. Susan’s an introvert… (though her poise during a recent TED presentation wouldn’t suggest it!)

Me? I’m heavily introverted (18 points out of 20 on her test). Always have been. As a kid, the thought of making eye contact with someone—anyone—terrified me. I always looked at the ground while standing or walking… which limited my aspirations as a basketball player.

The gag is that you can determine that an introvert likes someone if he looks at the other person’s shoes instead of his own.   🙂   That may be a bit of stretch, but it’s not far off.

“Painfully shy” is how one teacher described me.

“Inferiority complex” was a common term in the 1950s psychology… and I fit the diagnosis well.

I’ve been reading the Susan Cain book, Quiet (thanks to wife Regina, who selected it for her book club), and it puts a lot into perspective as I reflect on my life… and on the world.

In particular, my introversion explains a lot about my work in ITC and afterlife research… my theories about spiritual reality… my view of human beings as noble-savage creatures in a noble-savage world… my belief in a politics of good will… my struggle with public presentations and group efforts (including the miraculous INIT association that I helped establish late last century)…. 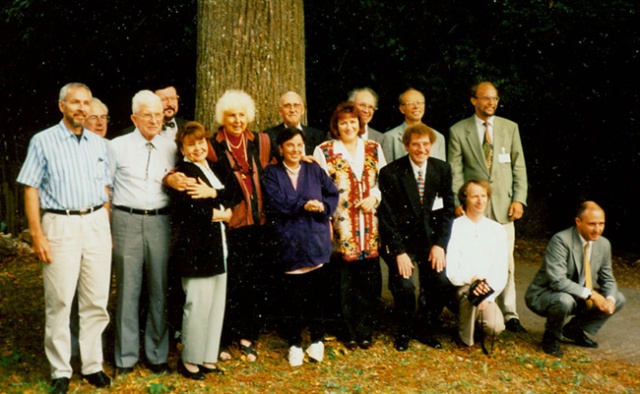 In short, understanding introversion helps me understand why I look at the world the way I do… and why the bulk of my research today revolves around my writing, and no longer around public presentations and interviews and hands-on international collaboration.

Before I babble on about myself, though, here’s a bit more about introversion and extroversion as described in Susan Cain’s book. In a nutshell:

Around the year 1900, as the clamor of the Industrial Revolution was energizing the western world, a new kind of leader rose to the helm… the extreme extrovert. Electricity, indoor plumbing, assembly lines, and electronic communications were transforming society, which (especially here in the States) evolved from a “culture of character,” led by quiet, reflective people (think Abe Lincoln), to a “culture of personality,” led by out-going, confident salesmen and self-promoters (think Tony Robbins). Through most of the 20th Century, introverts have felt pressure from parents, teachers, psychologists, and bosses to break out of their shells or lose out on life’s rewards. Even admissions people at stoic Ivy League colleges began to desire team players and hobnobbers over bookworms and intellectuals. Business schools today revolve around a culture of intense fraternization that sucks the life out of an introvert. Publishers no longer want bright, introspective authors unless they can puff up and promote their books.

In short, the past century in the USA, and throughout much of the western world, has been a golden age of the extrovert… the self-promoter… the networker. Quiet people typically have had a harder time making a ripple in society. Studies cited in Susan’s book have found that members of groups listen to loud, self-assured members with limited knowledge before they listen to soft-spoken members who are certified experts.

Faulty thinking on my part, I soon realized.

Qualities of noble behavior include friendliness, congeniality, and cooperation, so in terms of sociability, the extroverts lean more toward the noble side than do their brooding, introspective peers.

On the other hand, conflict is a savage human behavior, and while introverts typically shun conflict, many extroverts thrive in it… so in terms of conflict, extroverts lean more toward the savage side.

So there seems to be no direct correlation between the introvert-extrovert scale in human affairs and the noble-savage scale that’s evolved from my afterlife research.

The Boon of the Blog

The modern blog is one of the sweetest fruits society has ever produced for the introverts among us. We can work quietly from the privacy of our homes, collecting our ideas, focusing our thoughts, and putting them “out there” with a press of the “Publish” button. We can go the extra distance to promote and publicize our blog with search engine optimization and email blasts if we want to, but it’s not in our nature to do that… nor is it necessary.

Fact is, we don’t really care how widely our message gets spread among the public. We simply have this information that we know has to be made available. Even if we know deep-down that it’s vital information that will someday transform the world (as in the case of ITC research or the “Vitality Ratio”), we don’t really care if it becomes mainstream next week, next year, or long after we’re dead. Our only compulsion is to make it available so that it can germinate when the time is right.

The rewards for our efforts—name recognition, monetary gain…—aren’t as important to most introverts as they are to many extroverts. Granted, to see our own efforts exploited for personal gain by others is unsettling, but it’s an ego thing… an unavoidable part of the savage side of our carnal composition. And, fortunately, society has certain built-in legal mechanisms to protect people from exploitation.

Note: I hope to write a few more articles like this one—digging into human nature from a personal angle while drawing on the work of serious researchers.    — MM

Other posts on health and well-being:

2 Responses to Are You an Extrovert or an Introvert?

Mark,
That is a very important writing of yours, and I thank you for it. I shall pass it on to others who will benefit.
Onward…………

Thanks John!
Appreciated……
I see that you’ve got some great multicultural pilgrimages coming up in Crestone this summer.
http://www.huffingtonpost.com/william-howell/camino-de-crestone-the-worlds-first-full-interfaith-pilgrimage_b_3187096.html

Hope to see you in a couple of months,
Mark