I was lucky to enjoy a seven-year friendship and collaboration with Hans Heckmann. With the guidance and support of Metascience founder George Meek, Hans and I got immersed in the miraculous ITC research underway in Europe in the 1990s. All three of us received phone calls from the late Konstantin Raudive, the famous EVP pioneer who had died in 1974… and we were present on various occasions when Raudive and his spirit friends of Timestream delivered messages and images through radios, TVs, computers, and other equipment of European researchers, especially Maggy Fischbach of Luxembourg.

Hans died quietly a couple of days ago (Friday, 2013 February 15), a month before his 89th birthday.

Hans had been a German soldier during World War II, when he met and fell in love with an American nurse stationed in Europe. After the war they got married and settled in Pennsylvania. Hans would play a crucial role in world ITC in the coming years, doing much of the engineering on George’s spirit communication systems developed throughout the 1980s. 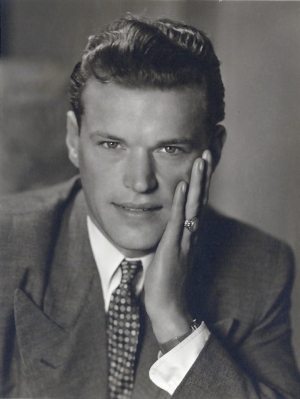 In the 1990s, the most spectacular reports of researchers in Europe were being published in German, and Hans would soon begin translating them with tremendous care and clarity into English, and in so doing would be instrumental in the spread of ITC knowledge to the Americas.

In 1992 George arranged a research trip for Hans and me. We flew to Europe to meet most of the main ITC researchers at a conference in Dusseldorf… and afterward drove through Germany and Luxembourg to visit researchers in their homes and labs.

On May 4, as we entered the Cercle d’Etudes sur la Transcommunication – Luxembourg (CETL) lab in downtown Luxembourg we were greeted by a text message on a computer screen that had been received the previous day:

STATION FEEDBACK. GROUP OF SCIENTISTS. THIS IS HENRI SAINTE CLAIRE DEVILLE. UNFORTUNATELY, IT WAS NOT POSSIBLE TO JOIN COMMON EFFORTS OF (spirit groups) TIMESTREAM AND CENTRAL TO MAKE SUCCESSFUL CONTACT ON SATURDAY. PLEASE DO NOT CHANGE THIS ADDRESS. IT IS MERELY A PROBLEM OF ENERGY AND FREQUENCY. YOU WILL HAVE TO CHANGE A SMALL PART OF YOUR DEVICE. WE WILL KEEP YOU INFORMED OF THE APPARATUS NEEDED.

MY SPECIAL GREETINGS TO HANS HECKMANN AND MARK MACY.

I LEFT PROJECT LIFELINE A FEW YEARS AGO AND AM NOW A MEMBER OF THIS NEW GROUP OF SCIENTISTS. WE ARE WORKING UNDER THE DIRECTION OF MARIE CURIE. GIVE OUR GREETINGS TO GEORGE (Meek). MAY 3, 1992.

Hans and I also visited with experimenter Friedrich Malkhoff at his home in Schweich, Germany… who shared with us the results of various German ITC researchers, including Adolf Homes and Hans-Otto Koenig.

I took this picture of Hans (left) taking a picture of a TV transcontact during our trip to Europe. It’s an image of Doc Mueller (the spirit who had spoken through the Spiricom device of George Meek and Bill O’Neil, circa 1980, but who now was resonant with German researcher Adolf Homes, who had captured this image on his TV set). Homes’ colleague Fritz Malkhoff is in the yellow shirt, sharing the picture with us at his home in Schweich.

A couple of years later I was again visiting the Luxembourg researchers when Konstantin Raudive delivered a long message through the radio sounds, in which the Timestream spirit group acknowledged Hans for his good work in ITC.

Listen to an excerpt of that radio contact while reading the following transcript:

Finally, last but not least, Mark Macy. My dear friend, we bring our greetings to Colleague Meek and the Uphoffs. Also to Hans Heckmann with whom he realizes a beautiful job to spread ITC information. You know by experience, Mark, how dangerous drugs of all kinds can be. Try to warn humanity that they not only alter their present lives on your side, but also influence in a negative way their future lives. Go on with your experiences and you will see that the bridge to the States will soon be strengthened. Regina as your twin soul can help you a lot. Listen to her inner voice and you will be in the right way.

Hans’s background (adapted from a Carlson Center bio given to me by his granddaughter Tanya Dapkey). Hans Josef Heckmann was born an only child in Heidelberg, Germany, on March 26, 1924. He enjoyed swimming in the Neckar River, hiking in the Black Forest, and dropping by the grocery store owned by his grandparents, who always gave him a treat.

At age 14 he joined the compulsory Hitler Youth Movement, and was later drafted into the German army during World War II. He was seriously wounded and captured at the Russian front, and spent two years in a prison camp.

After the war, the US government hired Hans as a teletype operator in Heidelberg, where he met his wife, Rita, a US Army nurse. Hans was studying English, Rita was learning German, and their language teacher arranged for them to meet. They married in Heidelberg in September, 1950, and honeymooned in Austria.

They settled in Philadelphia, had four daughters, and moved to East Lansdowne in 1959. Hans became a naturalized US citizen and took a job as a professional studio photographer. Then he worked until retirement as a teletype operator on the Pennsylvania Railroad, which later became Conrail.

His pastimes included photography, electronics, and listening to classical music. In his later years, he was drawn to spiritual research and translated German documents into English for various afterlife projects.

It was during those later years when his path crossed with mine, and we became immersed together in ITC research… which is slowly changing the world in a most wonderful way… as indicated by the rich archives of ITC Gems published on this site… most of which were translated carefully from German by my trusted friend and dedicated colleague Hans Heckmann.

Main interests are other-worldly matters (www.macyafterlife.com) and worldly matters (www.noblesavageworld.com)
View all posts by Mark Macy →
This entry was posted in About Mark Macy, After we die, what then?, ITC Gems and tagged Hans Heckmann, ITC research. Bookmark the permalink.